When it comes to interpreting surging and rolling tides in the form of modern architecture, which stands in harmony with nature and emerging urban landscape of science and technology, Raffles City Hangzhou makes an exemplary case study. The Alucobond® global team interviewed Mr. Ben van Berkel, principal architect of UNStudio and lead architect for the Raffles City Hangzhou development, in the Netherlands.


→ Interview Video
As CapitaLand acquired land for the development in 2007, UNStudio followed by setting up UNStudio Asia in Shanghai, its first office in Asia to work on the design of Raffles City Hangzhou. Raffles City Hangzhou opened its doors to customers in 2017. It appeared in one of the episodes in the hit Chinese TV series “Game of Hunting”, which was filmed in Hangzhou in 2015. Specifically, it was a scene on a rooftop with Raffles City in the background, which was under construction at the time. 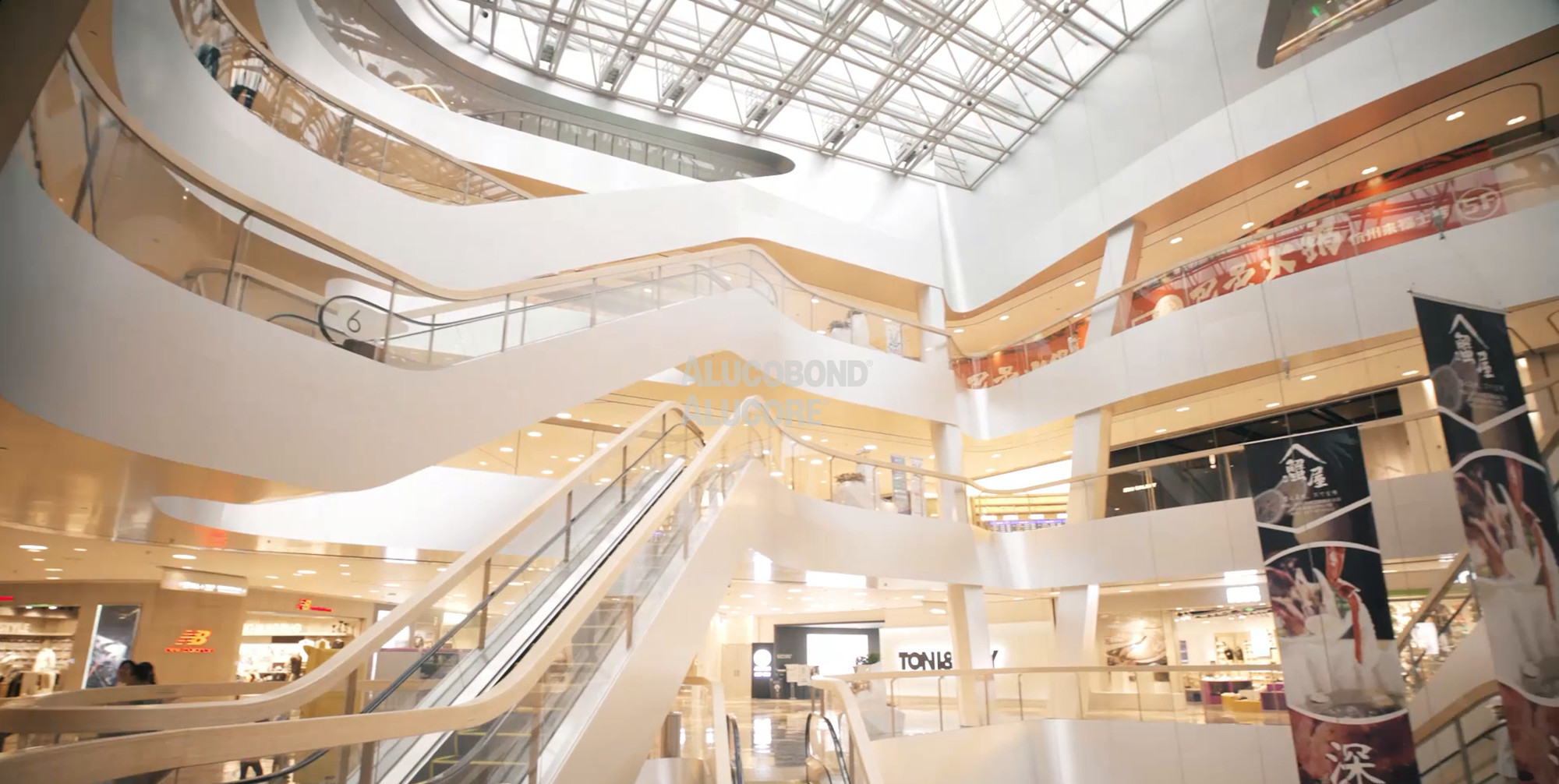 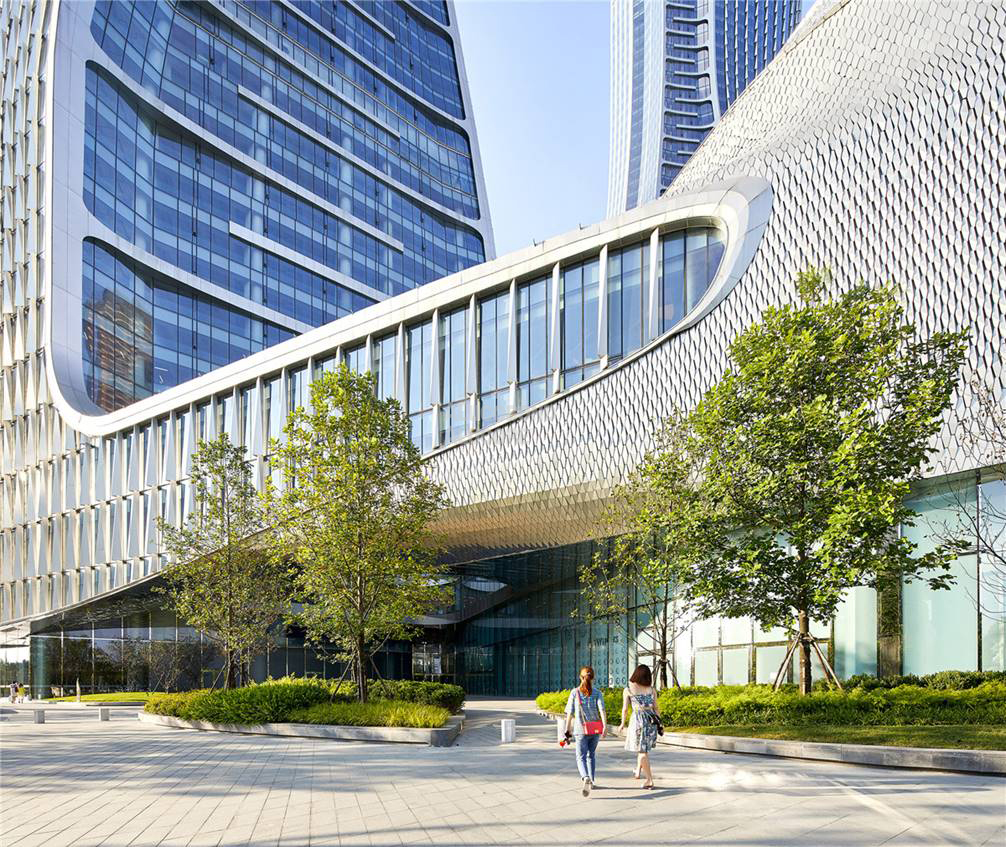 “In spring the river rises as high as the sea, and with the river’s rise the moon uprises bright.” The magnificent and romantic lines of the poem “A Moonlit Night on the Spring River” is an outstanding piece in the Tang poetry legacy. It described the Qiantang River. The design concept of Raffles City Hangzhou originates from the tides of the exact river. The swelling and rolling tidal curves and natural forms overlapping with each other are reflected in the architectural design that echoes the surrounding environment with modern aesthetic expressions. 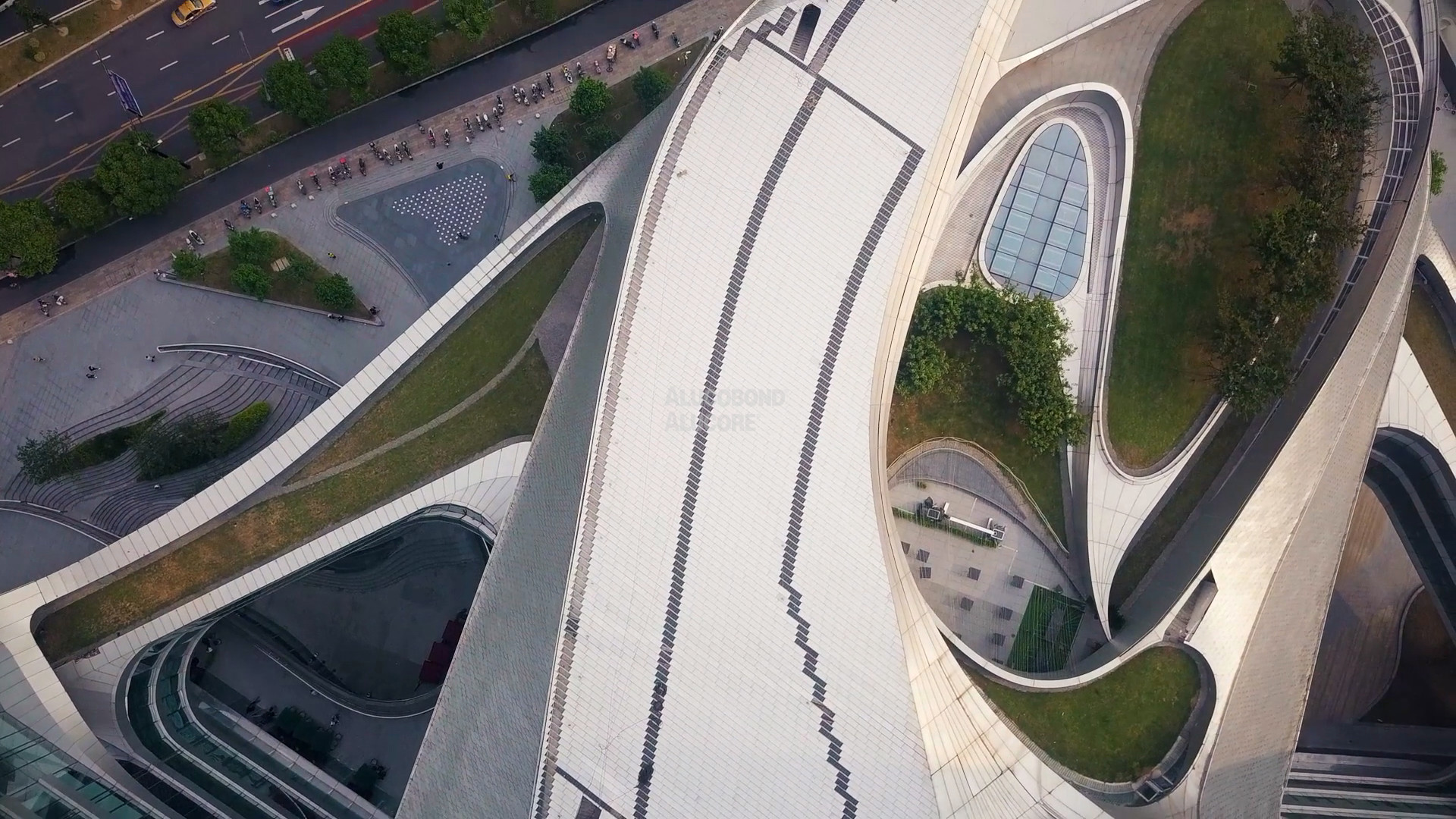 The architect mentioned in the interview that he intended to create an ‘all-in-one’ destination for working, living and leisure, and that the facades should be well integrated into the surrounding environment. The superb location provides Raffles City with a 360-degree panoramic view. In the low-level area stands the cultural strip of the Central Business District while at higher points the view of the Qiantang River. Pace yourself as you walk higher up the building along the lines. 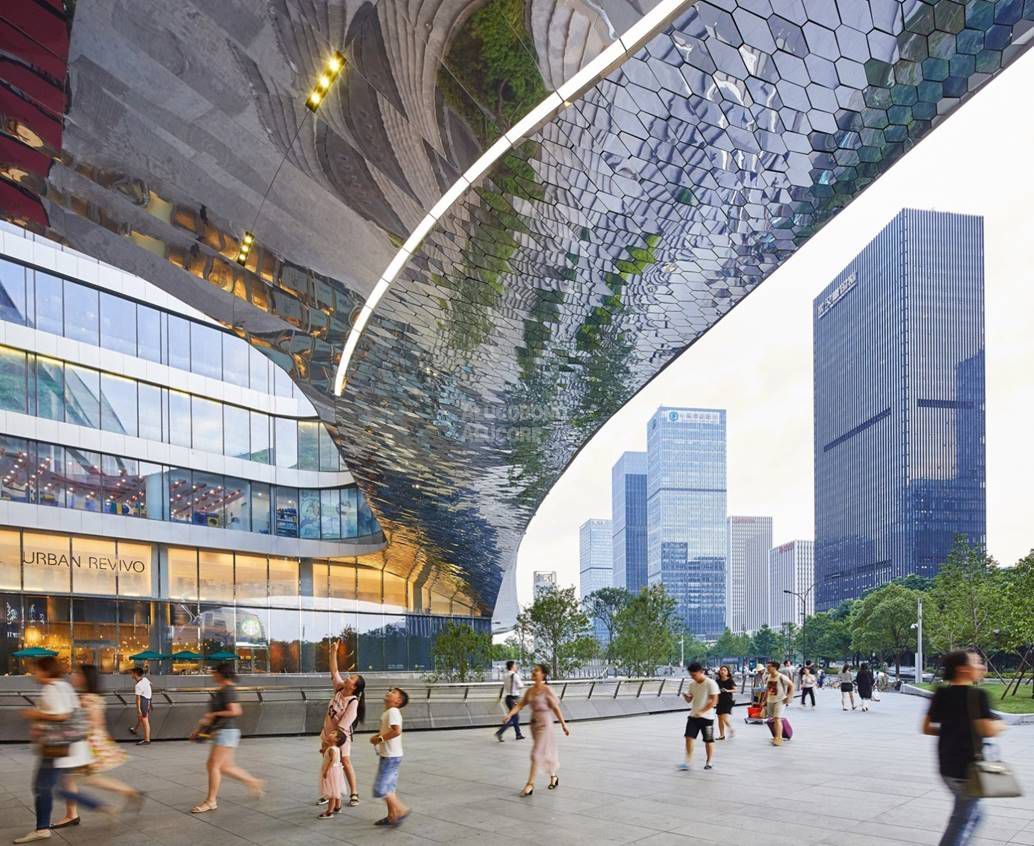 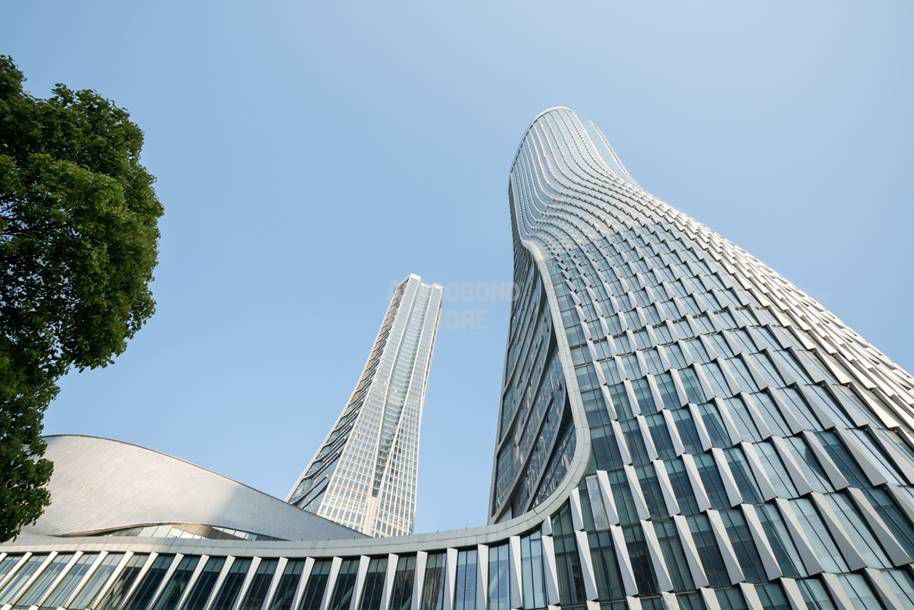 It is worth mentioning that the 3,300 pieces of scale-like vertical strip cladding on the twin towers and the glass podium facade are all supplied by Alucobond®. This includes a variety of specifications and scales, with a maximum of 2,020mm in width and 5,400mm in length. Pieces for the facade of the high-rise buildings are mounted and fixed at the upper and lower ends. The load-bearing structure and installation safety are key considerations in the design of products. The decorative strips are designed and processed to achieve the optimal balance in structural mechanics and aesthetic appearance. The podium, which houses a high-traffic commercial plaza, is cladded in a skin of more than 70,000 3D “scales” made by Alucobond®. The podium façade contains a wave-like motion and dynamism. Just like UNStudio, Alucobond® also contributed tremendously to the creation of Raffles City Hangzhou. As early as 2008, Alucobond started to follow up with the project, and took part in material design starting at the end of 2010, completing 23 rounds of color tuning, 21 times of production arrangement and processing as well as mock-up creation, among other tasks. Alucobond supported with services in various aspects of the development, including material choice, pattern, scheme design, processing techniques, construction and installation of the aluminum composite panels. The project is more than an innovation and disruption in the application of aluminum composite panels. It marks a major milestone for Alucobond®.
Copyright ©️ ALUCOBOND® . All Rights Reserved Support：Raise Record：沪ICP备12013274号-6