In 1969, the aluminum composite panels

from ALUCOBOND® left the laboratory for the market.

and 20 years in China

call for a celebration to mark its 50th anniversary,

which is inspired by Song porcelain masterpieces. 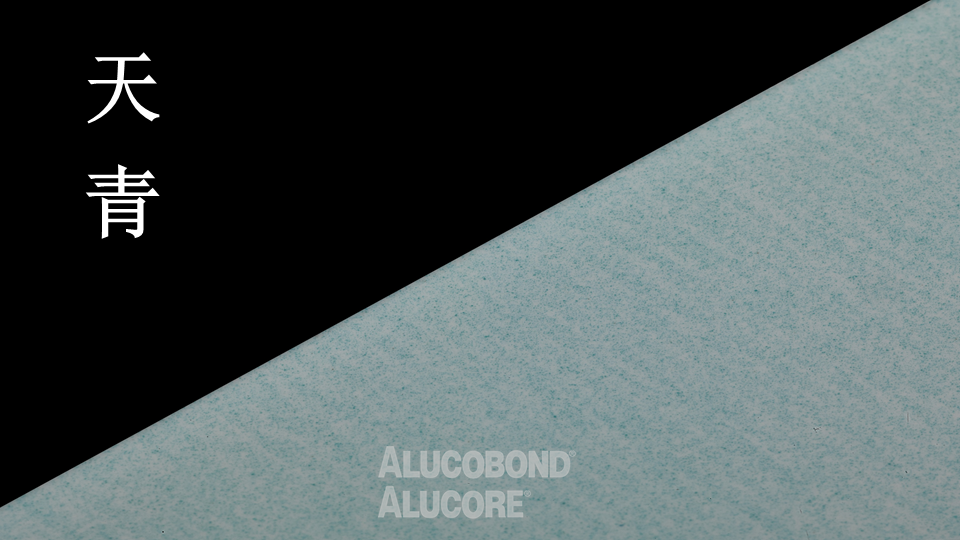 For centuries China is well known for its porcelain,

where it is of great historical importance

Its development spans of thousands of years

and reached its peak in the Song Dynasty.

As opposed to periods before and after,

Song porcelain was endowed with clarity and elegance by its time.

Its presence gives rise to a bluish-green mist,

establishing the first peak of inventiveness and craftsmanship

in the history of Chinese porcelain.

The year 2019 marks the 50th anniversary of ALUCOBOND®,

and its 20 years of development in China.

As the inventor of aluminum composite material,

humility and elegance from a long history of development.

After decades of success,

ALUCOBOND® continues its aspiration for innovation and challenge.

as a tribute to Song porcelain masterpieces.

The new finish has an appearance of hand-made porcelain

and is a tribute to the 20th anniversary of ALUCOBOND®

in China and its dedication to the Chinese architectural community.

It is also the first time

that a new range of finishes was developed exclusively

by the Chinese R&D team,

paying homage to the classics.

“Song Porcelain” features a clear and pure base

and a glazed-look surface with layers of color and supple texture.

It is “thick and heavy” yet at the same time remains “light and agile”.

Its “thick” porcelain heritage is reflected in the strength of the product,

while – like porcelain – its infinite shape ability constitutes agility.

The historical and cultural context are rich and “heavy”,

Artisans in the past added exquisite gems powder to the porcelain.

Nowadays, in order to get the rich visual levels,

each of the Song porcelain finishes

has an unique grain distribution and texture effects.

The radiant and clear glaze surface

resembles Song porcelain of the past thousands of years

from a complex color formula

which blends rare agate into the galze.

strictly observe a lengthy base moulding and pin-padded burning process.

Only right temperature and humidity can make fine porcelain.

ALUCOBOND® did his best to presented 4 coating “Song Porcelain”.

The colors used in the song dynasty were very elegant and classic.

which led to the creation of the most iconic color of Song porcelain.

The architecture of a country and a society

reflects its spirits and inheritance.

The 5,000 years of Chinese history

is embodied in the rhyme and pulse of “Song porcelain “.

This is a product of national culture,

through this new product series.